Far above the populated towns on La Palma in Spain’s Canary Islands, off the coast of western Africa, Esteban Gazel and Kyle Dayton carried equipment from their car and hiked toward the erupting Cumbre Vieja volcano’s active vents.

Gazel, an associate professor in the Department of Earth and Atmospheric Sciences in the College of Engineering, and Dayton, a doctoral student, had joined a small, elite team of international researchers – few of whom were from the United States – in late October to study components of the air near an active volcano.

“No one is allowed to go within a kilometer of the vent because it is very dangerous,” said Dayton, who is studying volcanism in the Canary Islands for her dissertation. This trip was her first time seeing a volcano. “We could see the side profile of the volcano and there were four active vents. 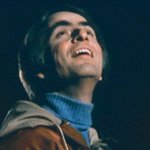